Group A02 aims to understand the process of tissue formation from the perspective of swarm intelligence emerging from cells. Using muscle remodeling during metamorphosis in Drosophila as a model system, we focus on a novel biological phenomenon in which old muscle fibers are disassembled and then reassembled to form new muscle fibers. These disassembled muscle fragments migrate at varying speeds and do not migrate uniformly. This heterogeneous population, as a whole, gradually declines in migratory activity and unknowingly creates an orderly pattern. However, it is unclear how these phase-transitional dynamics are produced and how population heterogeneity contributes to the formation of order patterns. Therefore, the aim of this study is to elucidate the principle that the heterogeneity inherent in the population produces robust and flexible swarm intelligence. Using Drosophila genetic technology, we will consider a constructive approach that combines tissue-specific genetic manipulation, local physical perturbation with optical control techniques, and mathematical models to reveal the molecular mechanism, local rules that individuals follow, and their adaptability to changes in the environment. 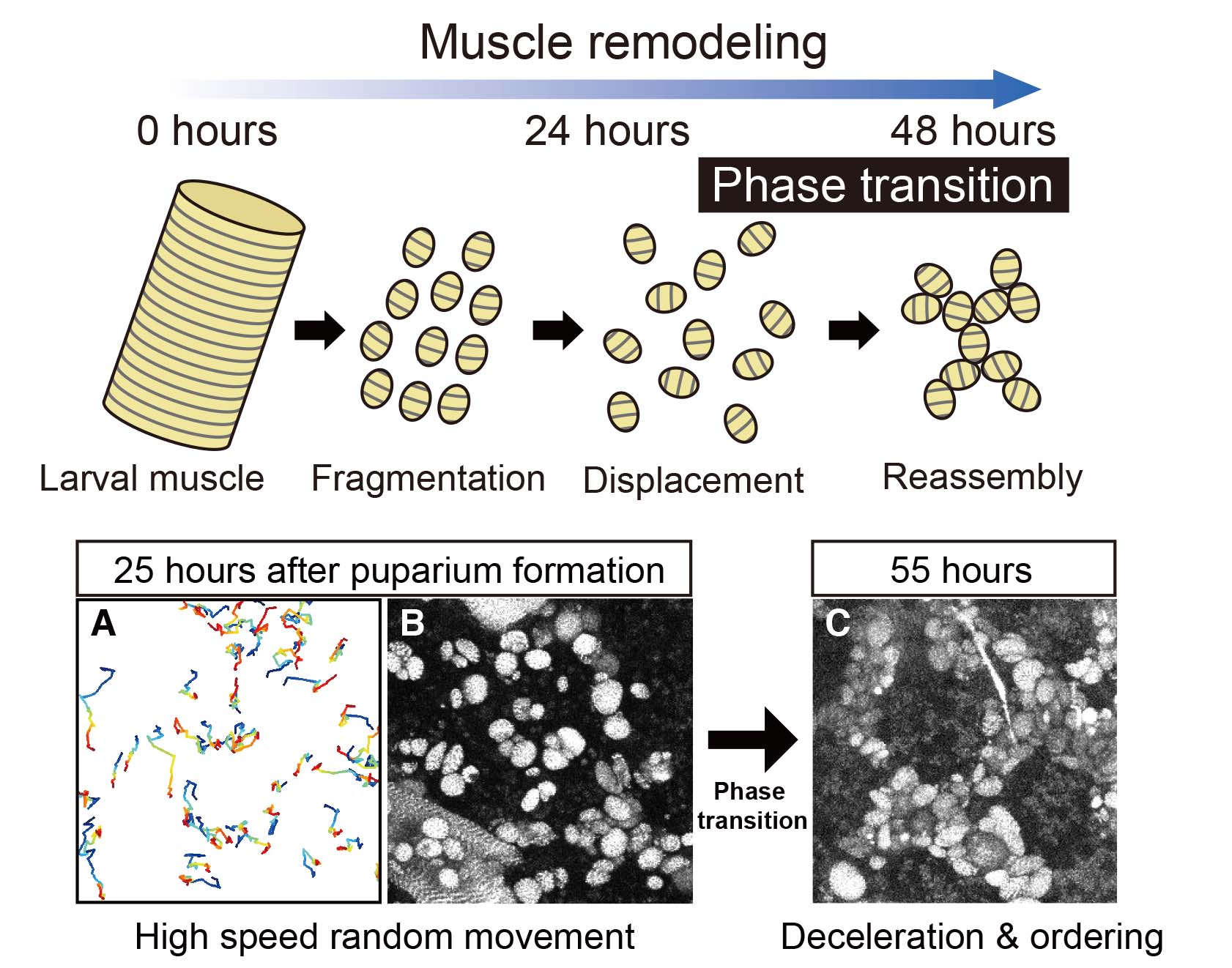 Organisms come in various shapes; however, there should be common principles in the creation of different shapes. It remains largely unknown how cellular and molecular behavior that are repeatedly used in various morphogenetic processes are implemented and how these mechanisms are utilized to generate different shapes. Using Drosophila as a material, I will combine genetic and molecular biology as well as mathematical approaches to reveal the properties common to cells and characteristic molecular properties that work in apparently different morphogenetic processes.